Geneva Vanderzeil, the brains behind DIY blog A Pair & A Spare, took on her biggest project yet when her and interior designer partner Ben decided to completely overhaul a 19th-century Queensland worker’s cottage. In just seven months, the ramshackle home was transformed into a completely new space, with a style that can be summed up as mid-century modern meets Bohemian. 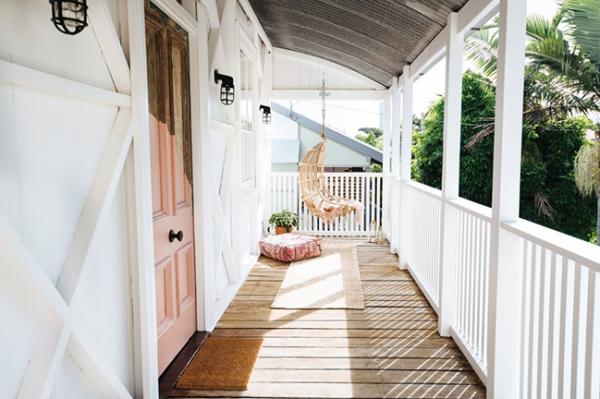 Structurally, the couple chose to raise the once tiny home off the ground, allowing for a new second floor. This extra space has given the home an additional studio style apartment downstairs, complete with a workspace, two bedrooms and an extra bathroom. 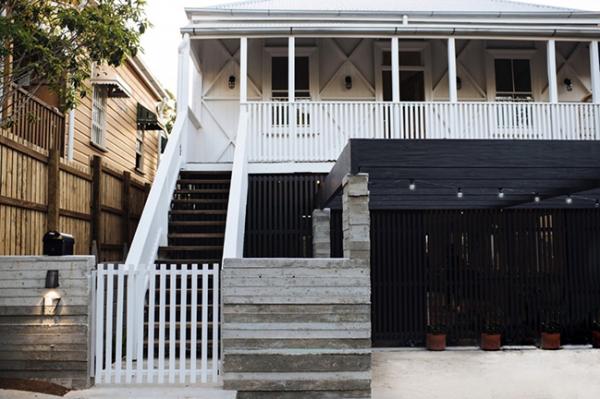 The exterior of the house was given new life with a fresh coat of paint, with the couple opting for a classic black and white colour scheme using Haymes Intimacy and Haymes Minimalist, an ode to the heritage of the home. 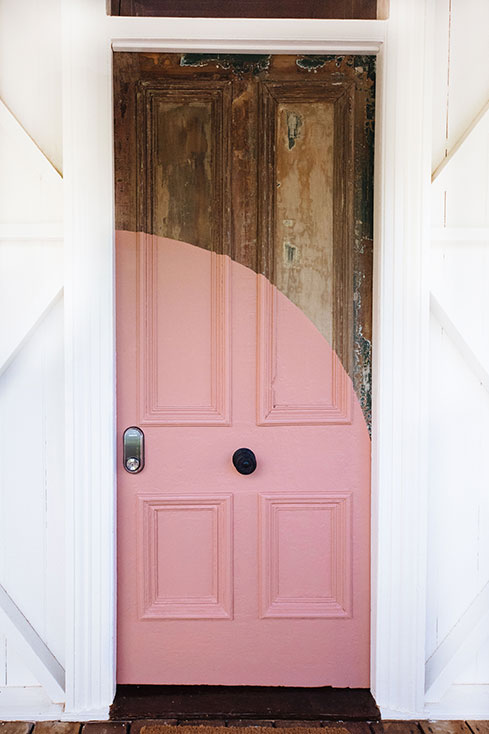 Our favourite switch-up to the exterior was the bespoke front door. After stripping back six layers of the original paint, the door was finished with a dusty pink, specifically Haymes Humas, in a unique arc design. This simple but unique update perfectly contrasted against the original timber of the door, as well as the minimalistic exterior colour scheme. 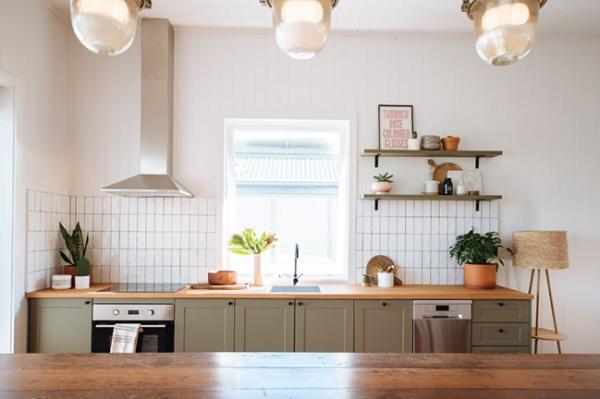 The completely renovated kitchen is a brilliant example of how clever thinking and a fresh lick of paint can be used to create a completely bespoke kitchen, that is neither difficult to achieve or too expensive. To spruce up the cabinet doors, Haymes Bay Berry was chosen as the new cabinet colour, and mid-century inspired doorknobs installed to give a completely new look and feel to the space. You can check out A Pair & A Spare’s instructions for painting your own kitchen cabinets here. 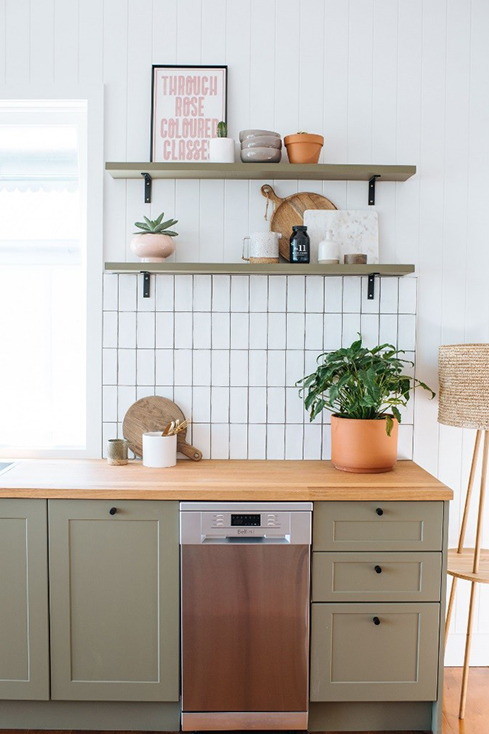 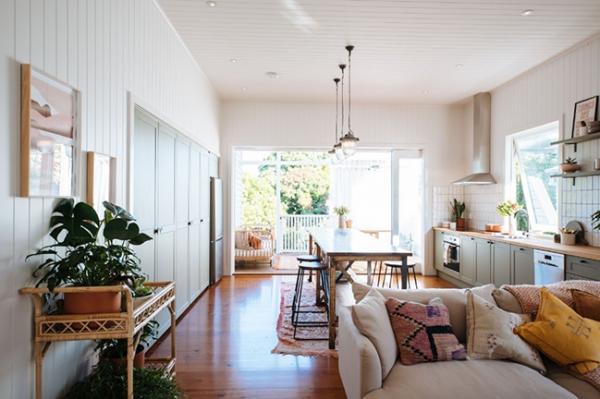 The kitchen runs into the light and breezy open-plan living room, a space that would be any plant or print lover’s dream. By mixing and matching various styles, colours and textiles, a space was created that embodies mid-century modern style with a bit of added personality. Haymes Minimalist was the perfect white backdrop to offset the eclectic styling, and Haymes Humas added to the room's character being used to freshen up a second-hand cabinet in a fun pink. 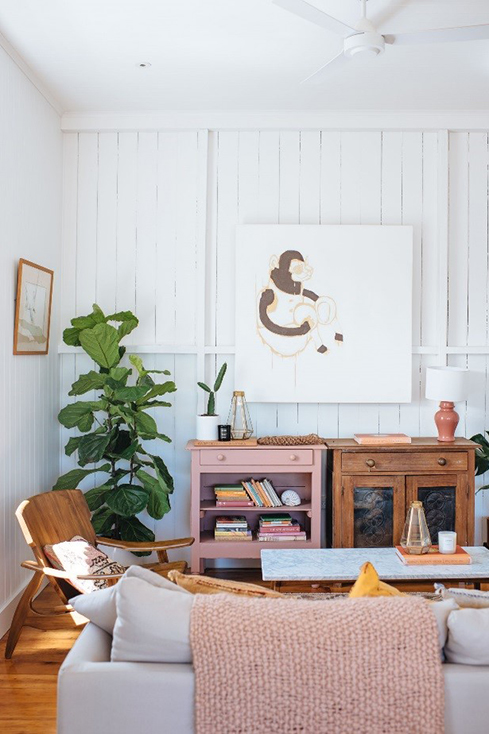 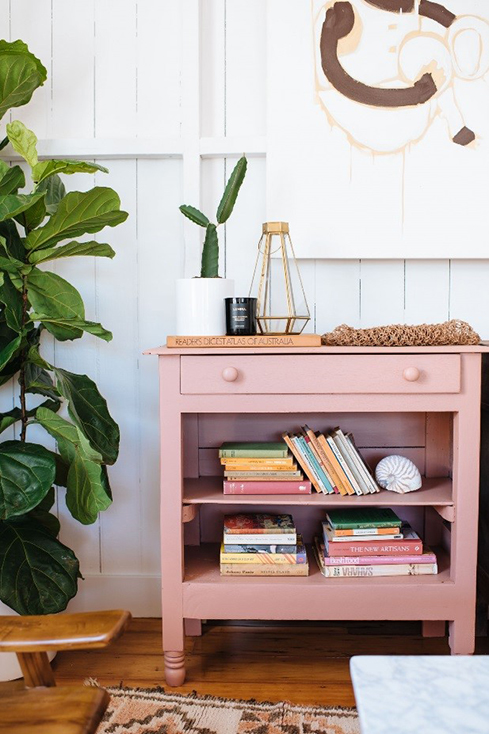 The outdoor dining space was the quintessential cherry on top of this Queensland cottage, a beautiful and versatile space for entertaining friends, relaxing with a good book, or soaking in the tropical sun. Haymes Minimalist paired against colourful textiles and organic materials gave the space a boho meets mid-century style, that is perfectly suited to the rest of the home. 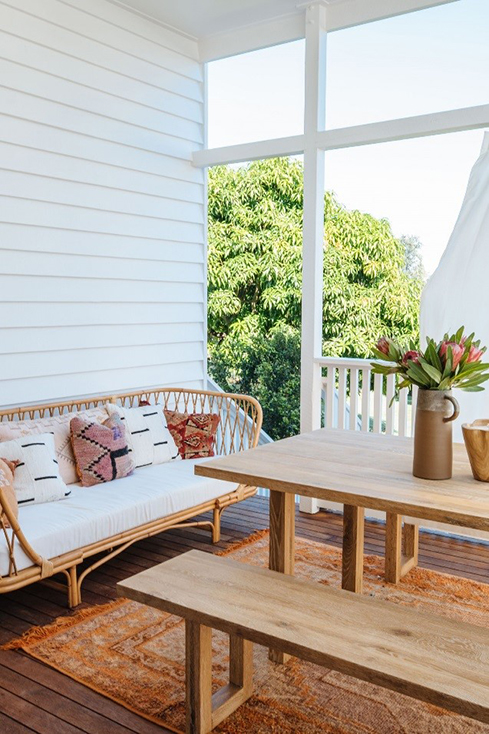 If you want to read more about this incredible renovation or for some DIY tips of your own, head over to A Pair & A Spare here.