Kerry and Alastair Houston are a family with four girls who purchased The Ship Inn in Stanley Tasmania, and transformed it into the elegant Inn it is today. Alastair is a stone mason and landscaper which Kerry said “is very handy when you buy an old stone pub”. Kerry, who has a background in administration and HR, relocated from Hobart with the family to Stanley on the far north west coast in mid-2018. 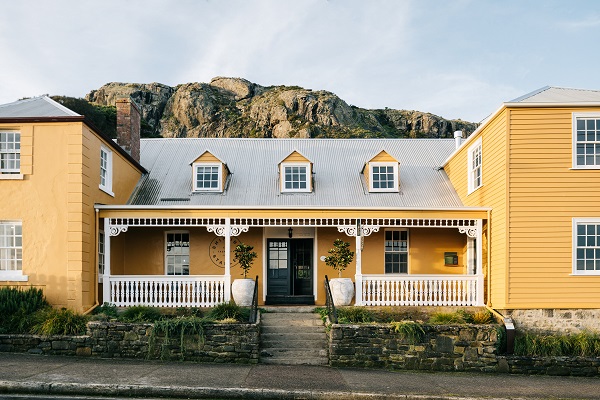 We caught up with Kerry to find out about her adventure.

Tell us about the Ship Inn and its history.

“The Ship Inn was built in 1849, originally a pub built by Michael Lyons, Grandfather to Joseph Lyons, the only Prime Minister to come from Tasmania”. Joseph was born in the little cottage next door.

The building traded as a pub for over 170 years “serving the fishermen and sailors from the local community”. In 1903 a “weatherboard wing was added and used for cabaret dances, as well as a billiards and sample room being added next door”.

“In the 1970s it was delicenced and fell into disrepair and was almost torn down. A local family bought it and spent many years restoring it as a family home”. Through a succession of owners, it eventually became a cheap and cheerful guest house.

Why the Ship Inn? What made you take the leap and renovate the old pub?

“We had stumbled across Stanley on the North West coast of Tasmania whilst on holiday, and found it a charming spot for family holidays. We bought a little 1890s cottage and renovated it”. From 5 hours away in Hobart. “This became our holiday shack and we rented it out for short stays when we weren’t using it. This gave us the confidence to realise we could turn our hand to running a guesthouse, and when the opportunity to purchase this building came up, we decided it would be a good fit for us. A chance to have a sea-change and live permanently in our holiday village”. 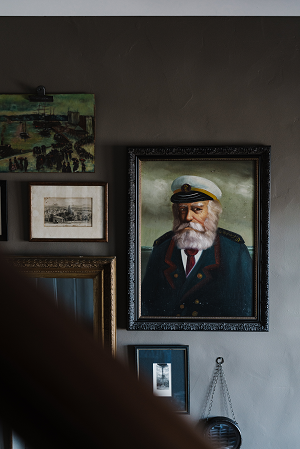 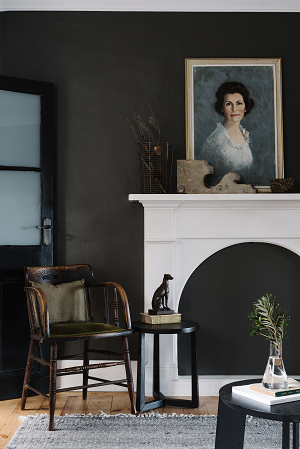 Colours used include Umbertone and Refuge 7. 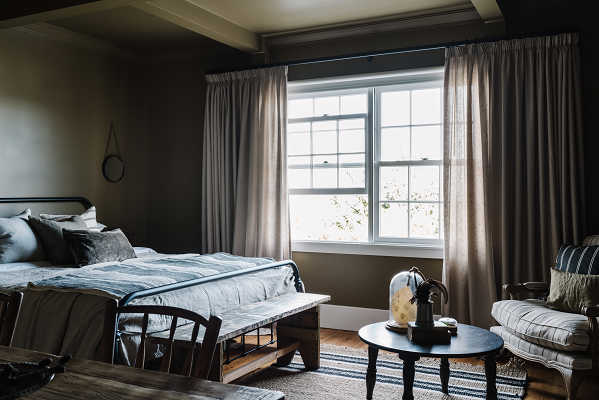 What was the biggest surprise you found when renovating?

As it was an old pub Kerry mentioned they found the usual hard rubbish buried, which keeps resurfacing. What “we didn’t expect to unearth was a whole jar of pickled onions, full of onions and pickle juice, one metre under the soil”.

What’s something about the property not many people know?

“In the 1800s it had a well frequented roller-skating rink and a skittle alley”.

How long did the renovation process take?

“Almost 12 months from start to finish, which felt like a really long time even though we keep getting told it was so quick”. 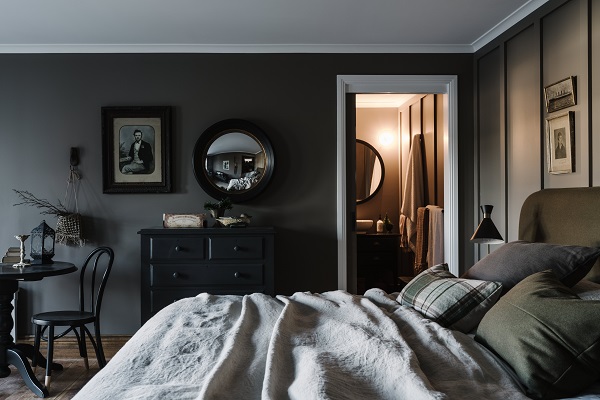 What was the most rewarding room to transform?

“Our kitchen! We lived without a kitchen for eight months, just using a plug-in hot plate.” The kitchen was a partially dilapidated room that was used to store barrels and is now a stunningly light filled space. “It totally transformed our living space and we love that we can still see the texture of the old stone walls”. 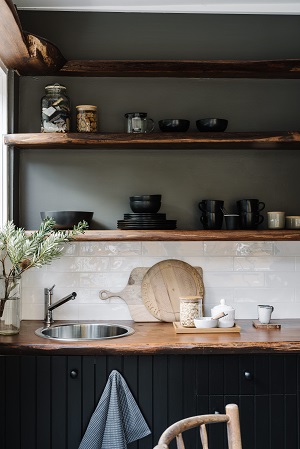 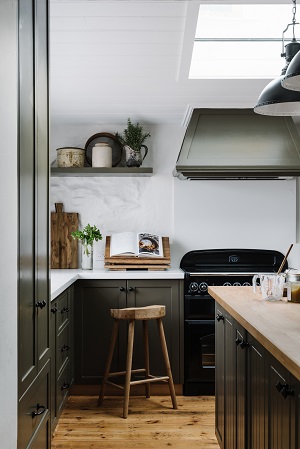 Colours used include Refuge 7 and Comfort 6.

How did you hear about Haymes? Why did you choose to use our paint?

Kerry used interior stylists Lynda Gardener and Belle Hemming from Inside Story. “They recommended the Haymes colours and we loved them”. They helped to steer Kerry and her husband Alastair through all the decisions they had to make. Including the paint colours. But more on that later. 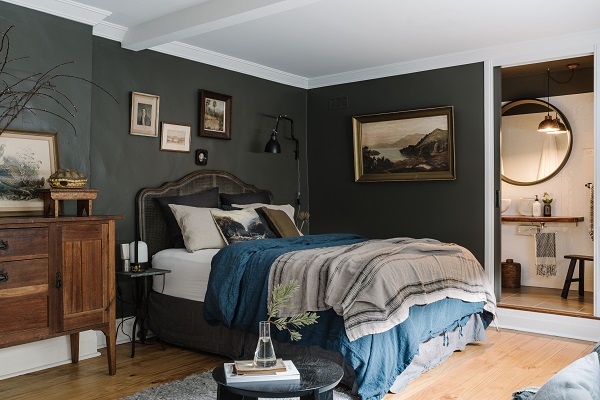 What was your design inspiration?

Kerry mentioned there had been a lot of “rather unsympathetic renovations” that had been done in the 1980s, that they stripped back and were determined to respect the “history and strong sense of place this building has in the village”. They wanted to “work within the period of this building and transform it into a vintage style with a luxurious modern twist”. Including some vintage artwork, the pair had. 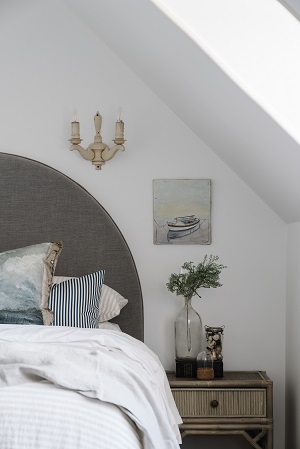 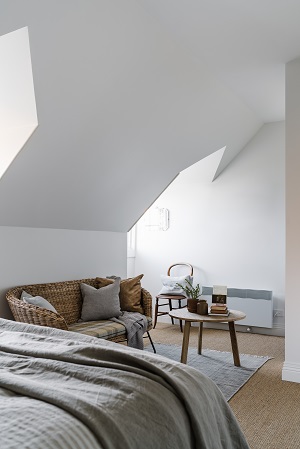 Was it hard to pick the perfect room colours?

“We trusted the designers and they didn’t let us down. We wanted moody and atmospheric and it has worked beautifully”.

The Haymes colours featured throughout the project include;

TO TRY THESE COLOURS AT HOME, GO TO YOUR LOCAL HAYMES PAINT STOCKIST 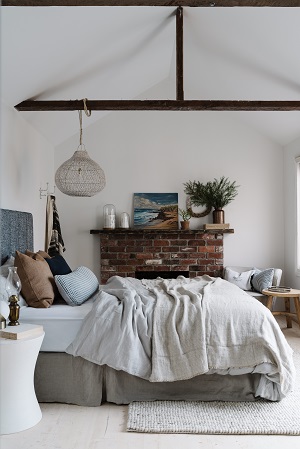 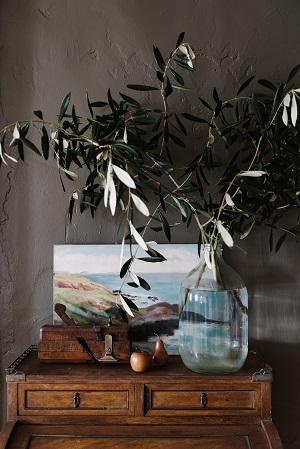 Tell us about the decision to use mustard on the outside of the property.

“The mustard was there when we purchased the property, but was teamed with blue doors, burgundy trims and rich cream”. Kerry’s stylist helped the duo change the doors to black and all the trims to a warm white. She claims it has made a big difference. “Now we don’t get asked by all the locals when we are going to change it as it looks amazing”. 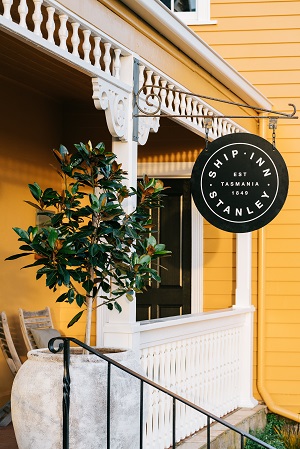 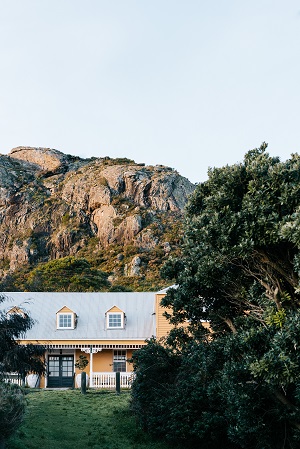 "Don’t be scared of earthy moody colours. Our lounge space is quite dark, with very deep-set old small windows. We originally painted it white to try and lighten it, but it just looked dismal. We embraced the dark and painted it in Seclusion and now it looks stunning and moody. We love it!". 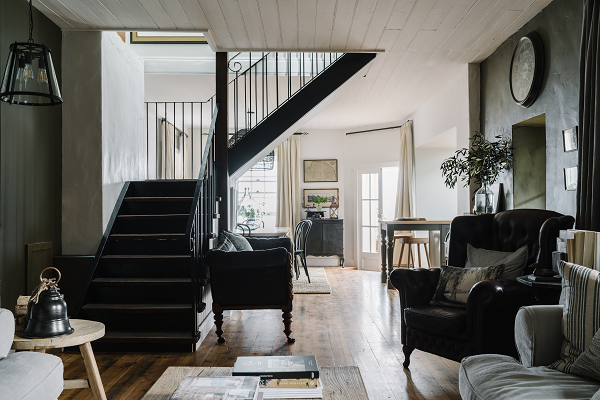 Colours used are Minimalist 1 and Seclusion.

You can book your stay in the Ship Inn in Stanely here.

TO TRY THESE COLOURS AT HOME, GO TO YOUR LOCAL HAYMES PAINT STOCKIST